Night in with my husband 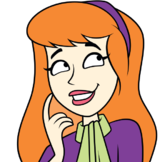