My Friend Ruined TWO Guitars in One Day... and It was Awesome💦🙌🏻 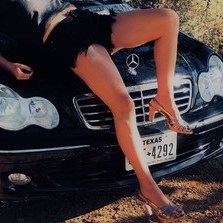