What is your naughty piss spot? 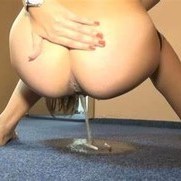